Ayodeji Ibrahim Balogun a.k.a Wizkid is a talented singer, songwriter and performer. Born the last child in a family of 6, Wizkid kicked off his singing career at the early age of 11 when he recorded his first song with one of Nigeria’s celebrated music icons, OJB Jezreel. He went on to record a 7-track album, which he released in his church in Lagos, under the name of Lil’ Prinz; this was just a stint that earned him a remarkable deal of encouragement and recognition from family, his church and other artistes.

Years later in 2006, with a new stage name, and a passion for making music and God-given talent, Wizkid got back into the studio to hone his craft. He continued to develop as a Singer and Songwriter by working under some of Nigeria’s biggest Musical names such as OJB Jezreel, Naeto C, Ikechukwu and many others. Over the next few years his talent as a Singer and Songwriter became evident and it resulted in Wiz being prominently featured alongside some of the biggest Artistes in Nigeria’s Music Industry to much critical and commercial acclaim.

2009 would prove to be Wizkid’s break-out year, as his collaboration with M.I on “Fast Money, Fast Cars” on the Talk About It album drew major attention to his distinct voice, singing style and penchant for great songwriting. He went on to feature on Kel’s “Turn by Turn”, the Barcelos radio jingle and many other high profile projects. He also got signed to Banky W’s Empire Mates Entertainment, and featured prominently on Banky’s “The W Experience” album.

At the age of 20, this extremely talented and charming young man had already achieved so much, thanks to his drive and focus for turning his life’s experiences into incredible music. In 2010, he released his first singles, “Holla at your Boy”, “Gidi Girl” and “Ori Mi” with label mate, Skales; then there was the hit song, “Tease Me” which was just a studio freestyle that got leaked online and turned into a big hit in different parts of Nigeria and among Nigerians worldwide.

He bagged the coveted award for the Promising Artiste of the Year at the 2010 edition of the Dynamix All Youth Awards, collaborated with several artistes and thrilled audiences with entertaining performance at many events; some of which include the Soundcity Music Video Awards, Lord of the Ribs Lagos, Rhythm Unplugged, the Shutdown Concert with Rick Ross, the Koko Concert Lagos, Lord of the Ribs in Kano & Lagos, Face of Selera 2010 Abuja just to mention a few.

With the recent release of his debut album, which is titled SUPERSTAR, Wizkid is undoubtedly the youngest Nigerian artiste to put out an internationally recognized album and hold an album release concert with well over 2000 people in attendance.

In just 2012, this young superstar has been on tour in North America, led his label mates on the 1st ever compilation album from the label, worked with top American artists such as The Game, Wale, Akon, Young Jeezy and Kardinal Offishall; not to mention winning a MOBO, a BET award and a MTV Europe nomination. 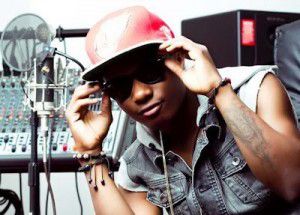 What to Know about Banky W. Biography
comments

Xiamen Finehope Polyurethane Co., Ltd devoted in promoting widely usage of polyurethane since 2002. During the past 12 years, we had worked with many prestigious companies. Visit this to learn more: http://www.polyurethanesupplierschina.com/products/Polyurethane-baby-stroller-wheels-stroller-big-wheels-China-Polyurethane-Foam-Suppliers-Polyurethane.html#.VYDHxfR72tg